In Spain, during the Middle Ages and the modern age, political, theological and economic arguments were put forward for and against the legalisation of mancebías.

They say that chocolate is a substitute for sex, which is perhaps why the most famous mancebía in the Villa del Madrid in the 17th century ended up becoming, centuries later, one of the most emblematic patisseries in the capital: La Mallorquina.

In this politically incorrect and dimly lit setting at nightfall, the adventures of the greats of the Golden Age and of our crown took place.

Everyone knows that on many occasions the lovers of our monarchs have remained hidden or have stood out in an unusual way in our society.

Come with us to the places where the most torrid stories ever told took place and immerse yourself in a world of pleasure and lust.

You will see the remains of what was once one of the most important cities of the Moorish taifas of the famous Al-Andalus. We will start in what was once the outskirts of the ancient Moorish walls in the Plaza Mayor and gradually make our way to the heart of Madrid, where the ancient Alcazar once stood.

If you cancel at least 7 calendar days in advance, no cancellation fee will apply.

If you cancel between 3 and 6 calendar days before, a cancellation fee of 50% will be applied.

If you cancel within the previous 2 calendar days, a 100% cancellation fee will be applied.

Monument, attraction, theatre, show or coupon tickets are not refundable under any circumstances.

Tour or activity starting during a period of special events, including but not limited to trade fairs, national holidays or national celebrations, school holidays, New Year's Day, Thanksgiving, Christmas, Easter, Ramadan: are not refundable under any circumstances.

PLAZA MAYOR in front of the tourist information office, Casa de la Panadería. You will recognise us by our WHITE PARAGUAS! 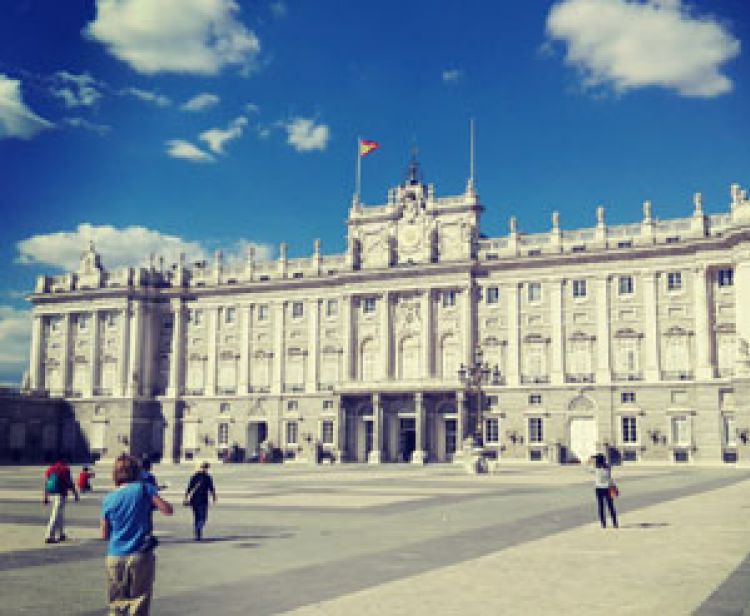